Adventures in Babysitting was crafted in true Chris Columbus fashion. The movie stands up to the test of time. Basically, Babysitting can be dangerous. Take it from me… I know! This film features the beautiful Elisabeth Shue in an amazing adventure downtown babysitting a bunch of kids. Here’s the movie in HD. Enjoy! 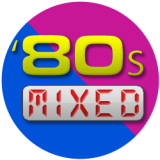